In order to fully experience everything this site has to offer, you must upgrade your browser. Please use the links below to upgrade your existing browser.

Cookies must be enabled in order to view this site correctly. Please enable Cookies by changing your browser options.

Holiday Vintage Cube season’s back, and I’m here for the last time to provide y’all with an update of what to expect this season.

To get things out of the way early, this is going to be my last set cube update for Magic Online.  For anyone who hasn’t gotten to read my updates before, my name’s Carmen Handy and I’m a game designer on the Play Design team at Wizards of the Coast. I’ve been updating the set Cubes for a couple of years now and also built the recent 30th Anniversary Cube. After this Cube, I still have a few updates to the 30th Anniversary Cube, but otherwise everything from here will be handled by the wonderful folks at Daybreak Games. Their passion is incredible, and they’ve got folks on their team with the requisite Cube chops to ensure the games stay great and the drafts are as fun as ever.

With that announcement out of the way, I wanted to use my last update to share some lessons I’ve learned while curating the Cubes over the last few years, framed around updates made to this Cube. Let’s hop in! 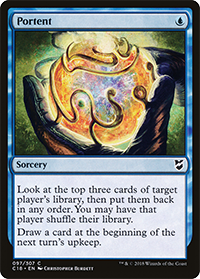 Not all changes made to Cubes are in the name of making them stronger. In this update to the Cube, for example, I have made the decision to cut Portent for Consider. Which is stronger on raw rate is a bit debatable, but it certainly isn’t a unilateral upgrade – though Consider is certainly more fun to play with over the course of 1000 games.

Sometimes, weaker cards can even enable synergies in Cubes to make archetypes more reliable than they normally would be. In Vintage Cube, for example, having a card that contributes a bit more to graveyard synergies, rather than raw selection, is a huge boon for archetypes like Reanimator, or even some of the Goblin Welder-fueled shenanigans therein. 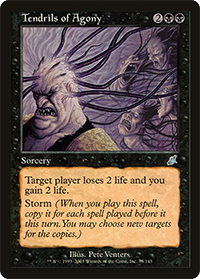 Other times, it can even mean preserving some of the weaker things going on in Cubes because it’s sweet. At this point it isn’t really a secret that the average Storm deck isn’t particularly strong, but good grief it feels so good whenever you can actually get it to work. The same can be said for the Simic Show and Tell/Eureka decks. There’s nowhere else in Magic you can see that stuff come up, and watching it come together in Vintage Cube is such a treat that it’s worth preserving. Eureka specifically being a great segue into my next point: 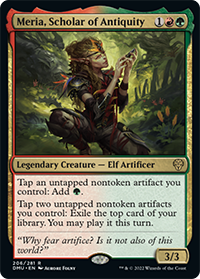 Early on in my time curating the Vintage Cube, I made the mistake of cutting Niv-Mizzet, Reborn. On paper it didn’t look like it had a high pick rate, and I added something more generically playable in its place. The community rightfully wasn’t happy, and in the time since, it’s been apparent that Niv-Mizzet as the singular 5-color card in the Cube brings a ton of joy, and that single slot can create incentive to build an entirely new deck on its own.

With this Cube update, I made the decision to cut Halana and Alena, Partners for Meria, Scholar of Antiquity. I’ve spoken more than once about the struggles of finding strong Gruul cards that can compete at the Vintage Cube-level, so axing a generic rate card for a sweet build-around is a no-brainer. I’m optimistic about the decks that Meria can enable that otherwise wouldn’t have been built.

Lesson #3: Aggro is Stronger Than You Think 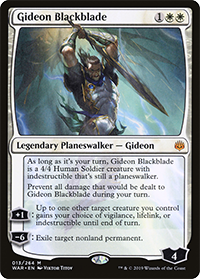 When in doubt, aggro em out. A lot of changes I’ve made over the course of the Cube have been on the back of aggro being very strong. Lots of people like to play all the sweet 4-mana cards and let MTGO sort out the rest. People who have a 1-2-3-4 curve do a lot of winning.  I’ve generally found attacking to be strong in other Cubes I play, but your mileage may vary. If you’re struggling to win in Cube, just focus on your curve and make sure you aren’t stalling out too hard in the early game.

Lesson #4: In a World of Random Decks, Modality is King 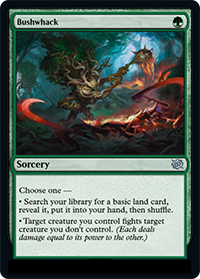 In Cube it’s impossible to know what you’re going to play round to round. That’s doubly true on Magic Online, where the cube size is 540, and in league play, your opponents might even have some of the cards you do! That means that having cards that perform multiple roles in a given matchup are going to have their stock rise. Having as few cards with the “blank cardboard” fail-case in your deck is going to go a long way when building Cubes.

Lesson #5: Know When It’s Time to Give Up on an Idea 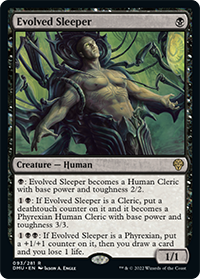 Having spent the better part of a year trying to make some of the more trinket-y sacrifice-synergy stuff work in black, this iteration of Cube sees a lot of the small-ball stuff falling by the wayside. Not all experiments are going to fail (I’d say the Lands archetype from February has been splendid, for example), but sometimes it’s better to find the good pieces of an experiment than it is to try and keep all of it. Goblin Bombardment, for example, is going to stick around as a card that can make people want to build their red decks differently, but I’m not dreaming of a Sedgemoor Witch fueling a bunch of sacrifice stuff anymore. 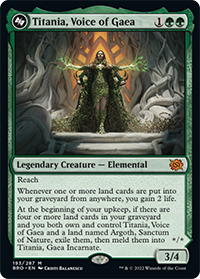 One of my favorite things to do in game design is try out new things. There’s always something to change, then something to learn, and information to absorb. Working on Cubes has always been an outlet to try and create joy for other people, and trying out cards that nobody has tried before has been a way to do that.  Sometimes it’s older stuff (like the Eladamri’s Call in this update) but a lot of times that translates to cards from newer sets that haven’t ever had their shot in Cube before. One of the best feelings when Cubing is being pleasantly surprised by how many roles something like Bloodtithe Harvester can play.

It might look weird sometimes seeing a ton of new cards being added to Vintage Cube, but a lot of times the ones that don’t hack it will be cut sooner, rather than later. The diamonds in the rough that can hang just make the Cube more fun over time. Which brings me to my last point: 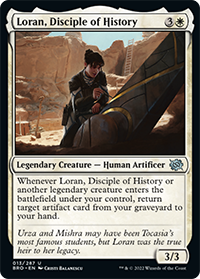 It’s easy to get caught up on pet cards that are always playable when you draft them, but can’t seem to find anyone else who wants to play them. I know I was certainly guilty of this trying to beat the Wheel of Misfortune drum for longer than I should’ve. What’s important is making sure that people are having fun while playing your Cube, and not simply wowed at how cool and obscure all of the cards on the list are.

I appreciate everyone in the community for being patient while I learned all of this and am eternally grateful for all the feedback everyone has given me over the last couple of years.  I’m not leaving Wizards – in fact I have some other awesome projects in the pipeline! Hope y’all love this update to the Vintage Cube as much as I’ve loved working on such an integral part of the Magic community.

The full card list with changes can be viewed at this page.